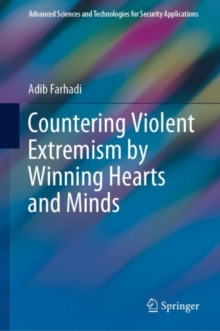 Part of the Advanced Sciences and Technologies for Security Applications series

Since 9/11, the United States and its allies have been waging an endless War on Terror to counter violent extremism by "winning hearts and minds," particularly in Afghanistan.

However, violent extremism remains on the rise worldwide. The effort and sacrifice of the War on Terror have been continually undermined by actions, narratives, and policies that many of the 1.8 billion Muslims worldwide perceive as Islamophobic.

Incidents of Islamophobia on the part of Western governments, media, and civilians, whether intentional or unintentional, alienate the majority of Muslims who are law-abiding and would be key allies in the fight against violent extremism.

A similar perception weakens domestic countering violent extremism programs in the West that rely on cooperation with Muslim communities. As the Great Powers Competition emerges among the U.S., Russia, and China, America and the West can ill afford any further impairment in their counterterrorism strategy.

The dangers of Islamophobia must be recognized and eradicated immediately. In Countering Violent Extremism by Winning Hearts and Minds, Adib Farhadi demonstrates how Islamophobia poses a threat to U.S. national security by utilizing historical context, statistical analysis, and in-depth case studies.

Farhadi, who headed Afghanistan's National Development Strategy, describes how Koran burnings, anti-Islamic rhetoric, and racial profiling harm relationships with the majority of Muslims who are not involved in violent extremism and thus perpetuate the War on Terror. America has sacrificed thousands of lives and has spent more than $6 trillion on the War on Terror.

It can ill afford to squander more valuable resources in a strategy undermined by Islamophobia or perception of Islamophobia.

As Farhadi explains, only through a reconciliatory narrative, can we work toward a shared future where violent extremism is eradicated. This book is essential reading for scholars, policymakers, practitioners, and executives who are invested in maintaining and rebuilding American credibility essential to global security and peace.