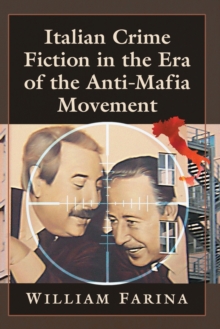 Italian Crime Fiction in the Era of the Anti-Mafia Movement

Over the last three decades, Italian crime fiction has demonstrated a trend toward a much higher level of realism and complexity.

The origins of the New Italian Epic, as it has been coined by some of its proponents, can be found in the widespread backlash against the Mafia-sponsored murders of Sicilian magistrates which culminated with the assassinations of Judges Giovanni Falcone and Paolo Borsellino in 1992.

Though beginning in the Italian language, this prolific, popular movement has more recently found its way into the English language and hence it has found a much wider international audience. Following a brief, yet detailed, history of the cultural and economic development of Sicily, this book provides a multilayered look into the evolution of the New Italian Epic genre.

The works of ten prominent contemporary writers, including Andrea Camilleri, Michael Dibdin, Elena Ferrante, and Massimo Carlotto, are examined against the backdrop of various historical periods.

This "past is prologue" approach to contemporary crime fiction provides context for the creation of these recent novels and enhances understanding of the complex moral ambiguity that is characteristic of anti-mafia Italian crime fiction.