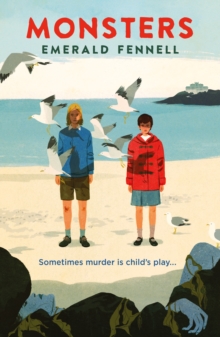 'Disturbingly compelling' GuardianA blackly comic tale about two children you would never want to meet - from the script writer for Killing Eve Season Two and director of Promising Young WomanSet in the Cornish town of Fowey, all is not as idyllic as the beautiful seaside town might seem.

The body of a young woman is discovered in the nets of a fishing boat.

It is established that the woman was murdered. Most are shocked and horrified. But there is somebody who is not - a twelve-year-old girl.

She is delighted; she loves murders. Soon she is questioning the inhabitants of the town in her own personal investigation. But it is a bit boring on her own. Then Miles Giffard, a similarly odd twelve-year-old boy, arrives in Fowey with his mother, and they start investigating together.

Oh, and also playing games that re-enact the murders.

Just for fun, you understand... A book about two twelve-year-olds that is definitely not for kids.