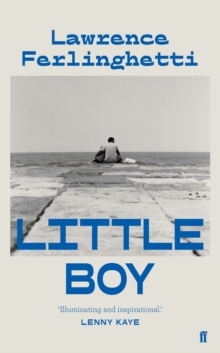 'This isn't a book: it's a reckoning ... Utterly extraordinary.' GuardianLittle Boy was quite lost.

He had no idea who he was or where he had come from .

Grown Boy came into his own voice and let loose his word-horde pent-up within him. From growing up as an orphan in 1920s New York, to serving in the Navy at the D-Day landings in Normandy, to a vagabond life drinking in Parisian cafes, to befriending America's greatest counter-cultural writers, Little Boy has seen it all.

This is the story of one man's extraordinary life, and the madness of the century that witnessed it - a story steeped in the exhilarating energy of the Beats, a magical torrent of language that gleams with Walt Whitman's visionary spirit.

Above all, this is the literary last will and testament of the iconic publisher and poet Lawrence Ferlinghetti: not only a meditation on his 99 years on the planet, rich in wisdom, emotion, and memories, but an inspiring reflection on what our future might hold.