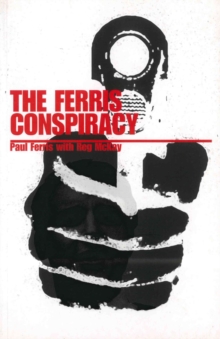 On Glasgow's meanest streets life started well for the young Paul Ferris. How did he become Glasgow's most feared gangster, deemed a risk to national security?

Arthur Thompson, Godfather of the crime world and senior partner of the Krays, recruited young Ferris as a bagman, debt collector and equaliser. Feared for his capacity for extreme violence, respected for his intelligence, Ferris was the Godfather's heir apparent. But when gang warfare broke, underworld leaders traded in flesh, colluding with their partners - the police. Disgusted, Ferris left the Godfather and stood alone.

They gave him weeks to live.

While Ferris was caged in Barlinnie Prison's segregation unit accused of murdering Thompson's son, Fatboy, his two friends were shot dead the night before the funeral and grotesquely displayed in a car on the cortége's route. Acquitted against all the odds, Ferris moved on, determined to make an honest living.

They would not let him.

The National Crime Squad, MI5, the police and two of the country's most powerful gangsters saw to that. A maximum-security prisoner, Ferris is known as 'Lucky' because he is still alive.

This is one man's unique insight into Britain's crime world and the inextricable web of corruption - a revealing story of official corruption and unholy alliances.