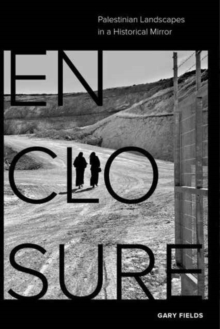 Enclosure marshals bold new and persuasive arguments about the ongoing dispossession of Palestinians.

He places those actions in historical context in a broad analysis of power and landscapes across the modern world.

Examining the process of land-grabbing in early modern England, colonial North America, and contemporary Palestine, Enclosure shows how patterns of exclusion and privatization have emerged across time and geography.

That the same moral, legal, and cartographic arguments were copied by enclosers of land in very different historical environments challenges Israel's current rationale as being uniquely beleaguered.

It also helps readers in the United Kingdom and the United States understand the Israel-Palestine conflict in the context of their own, tortured histories.