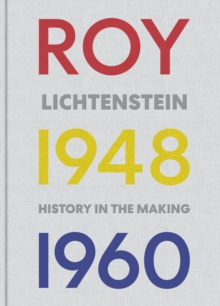 Roy before he was Lichtenstein: the path to becoming a Pop Art titan began with Lichtenstein's cycling through a provocative range of visual culture, from fairy tales and children's and folk art to mythic forms of Americana, such as cowboys and Disney.

Roy Lichtenstein: History in the Making, 1948-1960 is the first major museum exhibition to investigate the early work of one of the best-known American artists of the twentieth century.

Co-organized by Colby College Museum of Art and Nasher Museum of Art at Duke University, the exhibition will include approximately ninety works from the artist's fruitful and formative early career, many never before seen by the public.

The show and accompanying catalog will include paintings, drawings, sculptures, and prints which reveal an artist, even in the earliest stages of his career, with a keen interest in visual culture, culling--with a critical eye--from a wide range of sources.

These inspirations were the essential but little-known precursors to the artist's later sourcing of comic books and advertisements.

Likewise, his exploration of abstraction, just before the artist's abrupt turn to Pop Art in 1961, straddles the line between unabashed lyricism and wry critique of second-generation Abstract Expressionism.

The catalog, with new scholarship by leading experts in the field, provides a new understanding of Lichtenstein's influential techniques of appropriation and offers the opportunity to more fully assess the artistic and cultural dynamism of postwar America.