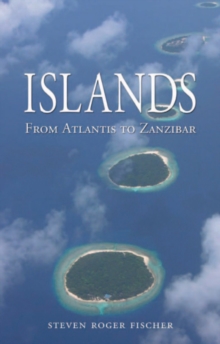 i Our planet hosts over a million islands. From Britain to Japan, Mauritius to Manhattan, these small living laboratories are geological crucibles, biological cradles and cultural creches.

Ranging from ancient continents to accretions of an ocean sandbank, they can lie in the sea, in a river, or in a lake.

Hundreds have been notorious penal colonies; a refreshing number are now wildlife refuges.

Whether colossal or compact, Islands: From Atlantis to Zanzibar is the first global introduction to these 'lands surrounded by liquid'.Historian, linguist, philologist, island expert and long-time island-dweller Steven Roger Fischer reveals how since time began islands have been one of the primary birthplaces for plants, animals and proto-humans.

He shows how these same islets and eyots of stone and sand - whether in ocean, lake or river - fostered our species, Homo sapiens, who then exploited these remarkable habitats as stepping-stones to global dominion.Seeding our imagination from Atlantis to Tahiti, from Treasure Island to Jurassic Park, islands have cradled and enriched, thrilled and lured, terrified and inspired.

Encompassing many aspects of geology, biology and culture, from island economics, warfare and politics to literature, art and psychology, Islands chronicles how these isolated mini-worlds are, ultimately, a measure of humankind itself.