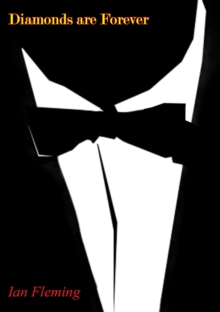 JAMES BOND JOINS THE WORLD'S MOST RUTHLESS JEWEL RING...&quoteWe're going to find out who you are and who you work for and what you know....IF you think you can hold out on us you're wrong, dead wrong.&quoteJack Spang spoke to James Bond gently...menacingly.Two hooded men entered the room and sat opposite the secret agent.

They put down football boots beside them and started to unlace their shoes.Spang spoke again. &quoteWe'll make it a Brooklyn stomping. Eighty per center. Okay with you...Mr. Bond?&quoteThe Spangled Mob hires undercover agent James Bond to smuggle diamonds into America, and the ace British spy finds himself partners in crime with the most tantalizing female he's ever encountered-Tiffany Case, hotter than stolen &quoteice,&quote as surprising as sudden death.