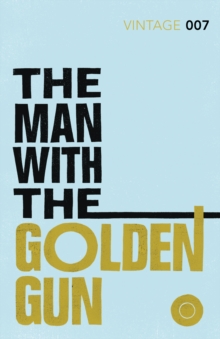 The man with the golden gun

There is only one Bond. Catch up on this classic adventure before the release of No Time to Die. The Man with the Golden Gun, Paco Scaramanga, is one of the deadliest hit men in the world and the British Secret Service want him eliminated.

A brainwashed James Bond tried, and failed, to kill his boss, M.

It's time for him to prove he can be trusted again. Bond finds his man in the sweltering heat of Jamaica.

His plan is to infiltrate Scaramanga's gang of criminals to get close to the man himself.

But if he fails, Bond will be the next target for the golden gun. 'Bond is a hero for all time' Jeffrey Deaver