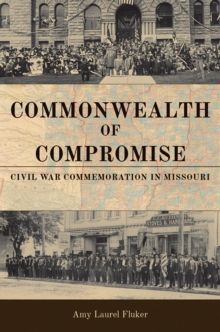 In this important new contribution to the historical literature, Amy Fluker offers a history of Civil War commemoration in Missouri, shifting focus away from the guerrilla war and devoting equal attention to Union, African American, and Confederate commemoration.

She provides the most complete look yet at the construction of Civil War memory in Missouri, illuminating the particular challenges that shaped Civil War commemoration.

As a slaveholding Union state on the Western frontier, Missouri found itself at odds with the popular narratives of Civil War memory developing in the North and the South.

At the same time, the state's deeply divided population clashed with one another as they tried to find meaning in their complicated and divisive history.

As Missouri's Civil War generation constructed and competed to control Civil War memory, they undertook a series of collaborative efforts that paved the way for reconciliation to a degree unmatched by other states. Understanding this process lends informative context to contemporary debates about Civil War memory.

Acts of Civil War commemoration have long been controversial and were never undertaken for objective purposes, but instead served to transmit particular values to future generations.