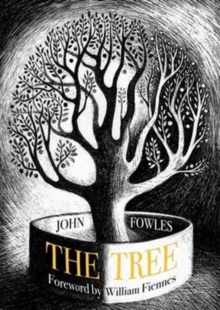 By: Fowles, John,  Fiennes, William(Introduction by)

John Fowles' writing life was dominated by trees. From the orchards of his childhood in suburban Essex,to the woodlands of wartime Devon, to his later life on the Dorset coast, trees filled his imagination and enriched his many acclaimed and best-selling novels.Told through his lifelong relationship with trees, blending autobiography, literary criticism, philosophy and nature writing, The Tree is a masterly, powerful work that laid the literary foundations for nature-as-memoir, a genre which has seen recent flourishings in Roger Deakin's Wildwood, Richard Mabey's Nature Cure, Robert Macfarlane's The Old Ways and Helen Macdonald's H is for Hawk.As lyrical and precise as his novels, The Tree is a provocative meditation on the connection between the natural world and human creativity, and also a rejection of the idea that nature should be tamed for human purpose.

Now, nearly forty years after its first publication, Little Toller is proud to republish this classic book as a special hardback, featuring a new foreword by William Fiennes and especially commissioned wood engravings,in the spirit of The Man Who Planted Trees.This edition will be an important addition to Fowles' published works and appeal to the growing audience for new nature writing as a classic of the genre.