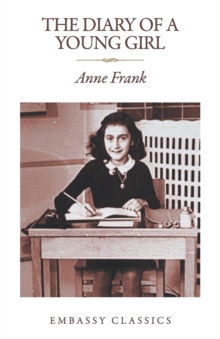 The Diary of a Young Girl

The Diary of a Young Girl

Anne Frank and her family lived a peaceful life in Frankfurt, Germany but they had to escape to Amsterdam with fellow Jews and go into hiding, as the Nazis took over Europe.

Anne who received the Diary as a birthday present started writing on June 12 1942, about the turbulence she and her family had to go through, living in hiding.

Anne has written the Diary from a teenager's perspective who manages to remain a cheerful girl who loved to talk and observe even under the oppressions of Nazis.

However, a thirteen year old feeling the impact of intolerance and racism makes readers realise how profound the impacts of the world War II was.

The entries in the Diary end abruptly after two years on 1 August, 1944, with the promise of a new day that never comes in the life of Anne Frank.

The story of Anne Frank and the Frankfurt family is considered one of the most insightful accounts of the world War through the eyes of a young girl.

The Diary of a young girl is one of the world's most widely known books and has been the basis for several plays and films.