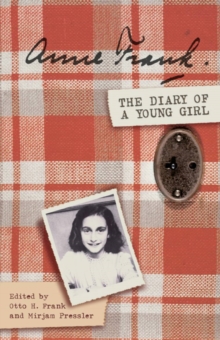 In 1942, Anne Frank and her family fleeing the horrors of Nazi occupation, hid in the back of an Amsterdam warehouse.

Over the next two years, Anne describes in her diary her frustrations at being confined, hungry, bored and the threat of discovery.

Her diary ends when they are discovered in 1944.Her diary is among the most enduring documents of the 20th century.

Initially, she wrote it strictly for herself. Then, one day in 1944, Gerrit Bolkestein, a member of the Dutch government in exile, announced in a radio broadcast from London that after the war, he hoped to collect eyewitness accounts of the suffering of the Dutch people under the German occupation, which could be made available to the public.

As an example, he specicially mentioned letters and diaries.

The title has been replaced.To check if this specific edition is still available please contact Customer Care +44(0)1482 384660 or schools.services@brownsbfs.co.uk, otherwise please click 9780141315188 to take you to the new version.