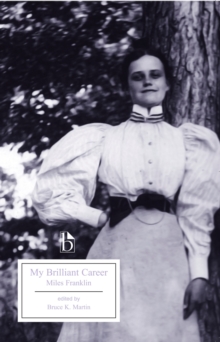 Written by a teenager living in the Australian bush in the 1890s and originally published in 1901, Miles Franklin's My Brilliant Career is a candid representation of the aspirations and frustrations of a young woman constrained by middle-class social arrangements, especially the pressure to marry.

My Brilliant Career has continued to delight readers and to cause them to locate their personal realities in the struggle of Franklin's heroine, Sybylla Melvyn, to recognize and to pursue what she most wants and needs in her life. In addition to the rich selection of appendices, this edition includes maps of early twentieth-century Australia and a critical introduction that outlines political and economic developments relevant to the novel, traces the literary landscape upon which My Brilliant Career first appeared, and describes the reception and interpretation given the novel in the century after its initial publication (including the celebrated 1979 film adaptation).