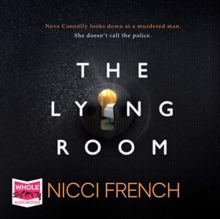 By: French, Nicci,  Poulet, Olivia(Read by)

Neve Connolly looks down at a murdered man. She doesn't call the police. 'You know, it's funny,' Detective Inspector Hitching said. 'Whoever I see, they keep saying, talk to Neve Connolly, she'll know.

A mother. A wife. Neve Connolly is all these things. She has also made mistakes; some small, some unconsciously done, some large, some deliberate.

She is only human, after all. But now one mistake is spiralling out of control and Neve is bringing those around her into immense danger.

She can't tell the truth. So how far is she prepared to go to protect those she loves. And who does she really know? And who can she trust? A liar. A cheat. A threat. Neve Connolly is all these things. Could she be a murderer?