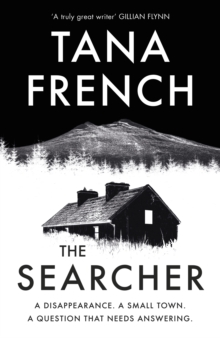 Viking
0241459400 / 9780241459409
Hardback
823.92
05/11/2020
Published 05/11/2020
England
English
Modern crime
24 cm 400 pages
General (US: Trade)  Learn More
A DISAPPEARANCE. A SMALL TOWN. A QUESTION THAT NEEDS ANSWERING... 'One of the most compulsive psychological mysteries since Donna Tartt's The Secret History' THE TIMES-----------------------------------------------------Cal Hooper thought a fixer-upper in a remote Irish village would be the perfect escape. After twenty-five years in the Chicago police force, and a bruising divorce, he just wants to build a new life in a pretty spot with a good pub where nothing much happens. But then a local kid comes looking for his help. His brother has gone missing, and no one, least of all the police, seems to care. Cal wants nothing to do with any kind of investigation, but somehow he can't make himself walk away. Soon Cal will discover that even in the most idyllic small town, secrets lie hidden, people aren't always what they seem, and trouble can come calling at his door. Our greatest living mystery writer weaves a masterful tale of breath-taking beauty and suspense, asking how we decide what's right and wrong in a world where neither is simple, and what we risk if we fail. ----------------------------------------------------- WHAT EVERYONE IS SAYING ABOUT TANA FRENCH'An engrossing, unpredictable, beautifully written mystery' SOPHIE HANNAH'To say Tana French is one of the great thriller writers is really too limiting. Rather she's simply this: a truly great writer' GILLIAN FLYNN'French offers a masterclass in unreliability' SUNDAY TIMES'I'm a big fan of Tana French' IAN RANKIN'The Wych Elm should cement French's place in the first rank of great literary novelists' OBSERVER'This book confirms Tana French as [crime fiction's] biggest contemporary star' GUARDIAN'Terrific - terrifying, amazing, and the prose is incandescent' STEPHEN KING'Completely, indescribably magnificent. Tana French is a pure genius' MARIAN KEYES'An audacious departure for this immensely talented author . . . not to be missed' THE NEW YORK TIMES'Immersive and atmospheric ... Cal and Trey could very well be the new sort of heroes we need in this strange world' ARAMINTA HALL'The Searcher is its own kind of masterpiece' THE WASHINGTON POST'This mystery about family, memory and the cracks in both will haunt you for a long, long time' ERIN KELLY'Nuanced and compelling' THE NEW YORKER'With a tension that mounts inexorably throughout, French creates a world whose characters stay with you long after the book is finished. I didn't want it to end' HARRIET TYCE'This is a tour de force of suspense and storytelling. Comes closer to perfection than anything I've read in the last decade' SARAH HILARY'A tale of flawed characters, complex relationships and elusive loyalties. Subtle and powerful' CHRIS HAMMER