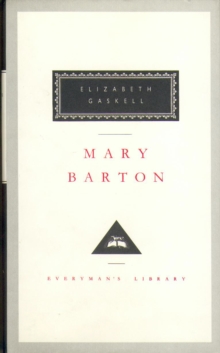 Part of the Everyman's library ; 185 series

Published in 1848, MARY BARTON was the first novel of Elizabeth Gaskell, later to become celebrated as the author of CRANFORD, MARY BARTON - a better book than CRANFORD - was written after she has married a Manchester clergyman, and it combines a typically sturdy romantic plot with striking descriptions of working people and their lives as she had encountered them in northern mills.

Despite this grim setting, the book has all this author's well-known charm and considerable power to involve the reader in the lives of her characters.