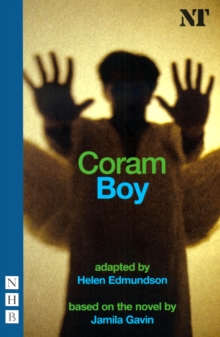 A heartbreaking tale of orphans, angels, murder and music - dramatised from the Whitbread Award-winning novel set in 18th-century England.

Winner of the Time Out Live Award for Best Play

In 18th-century Gloucestershire, the evil Otis Gardner preys on unmarried mothers, promising to take their babies (and their money) to Thomas Coram's hospital for foundling children. Instead, he buries the babies and pockets the loot.

But Otis's downfall is set in train when his half-witted son Meshak falls in love with a young girl, Melissa, and rescues the unwanted son she has had with a disgraced aristocrat. The child is brought up in Coram's hospital, and proves to have inherited the startling musical gifts of his father - gifts that ultimately bring about his father's redemption and a heartbreaking family reunion.