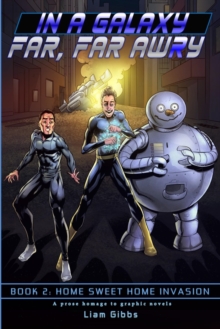 Soldiers Power Plant and Franchise aren't the first choices for a stealth mission. Brash and mischievous, at least they've got heart. But stealth becomes desperate survival when they crash-land on enemy ground.

But that's impossible when your robotic pilot speaks in car alarms.

Can Power Plant and Franchise outwit the enemy long enough for rescue...when rescue is half a galaxy away? Did Power Plant even remember to brush his teeth this morning?

It's a race against death...with a robot that has no indoor voice!