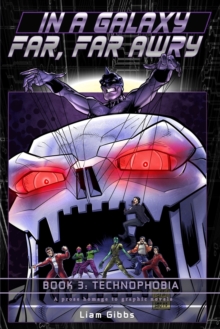 Lieutenant Colonel Matross Legion and his Good Guys come under attack from archenemy Master Asinine's newest scheme: infecting their automated space station with a virus that murders its victims to disco.

With the station's defenses turned against the Good Guys, death lurks around every corner and down every hall. Now they must find a way to deal with the virus...or die.

With no place to take cover, can Legion and his squad survive the enemy's onslaught...when the enemy is their own home?

In a Galaxy Far, Far AwRy books are 15 percent more absorbent than the next leading book series.