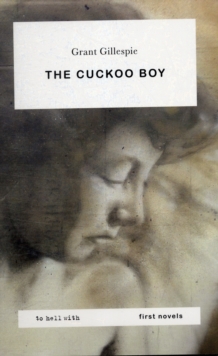 Armed with the wrong set of circumstances, is there anything a child isn't capable of?

James has landed in the wrong nest. Adopted by well-meaning parents who are anxious to conform, he enters a family where any wrong can be righted by a half-hearted trip to church, cake, vacuuming or, if all else fails, denial.

Stifled by shepherd's pie and scones, James' imagination comes to the rescue in the form of David, an invisible friend, conspirator and agitator.

Then James meets a real life David whose gentle spirit soothes the turbulent and unsettling effects of his make-believe world.

Once hurt, his revenge leads to an act which shocks his community and breaks the hearts of his parents.