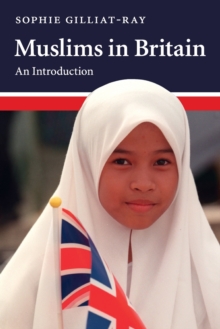 Muslims in Britain : an introduction

Archaeological evidence shows there was contact between Muslims and the British Isles from the 8th century.

Beginning with these historical roots, Sophie Gilliat-Ray traces the major points of encounter between Muslims and the British in subsequent centuries, and explores Muslim migration to Britain in recent times.

Drawing upon sociology, anthropology, politics, and geography, this comprehensive survey provides an informed understanding of the daily lives of British Muslims.

It portrays the dynamic of institutions such as families, mosques and religious leadership, and analyses their social and political significance in today's Britain.

Through the study of the historical origins of major Islamic reform movements, it draws attention to the religious diversity within different Muslim communities, and sheds fresh light on contemporary issues such as the nature of religious authority and representation.