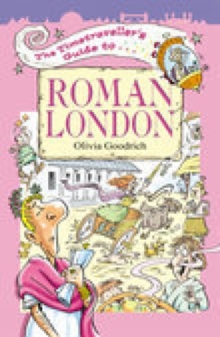 The timetravaller's guide to Roman London

One of a series of books that will transport the reader to different eras of London's history.

You will experience the sights (some pretty, most ugly), the smells (some fragrant, most offensive) and lives (some successful, most tragic) of its inhabitants through the ages.

All contain quizzes and other interactive features, plus listings of relevant places to visit and things to do, and will prove both highly entertaining for their readers and invaluable for schools.

Here are just some of the topics that this book will cover: Londinium wasn't built in a day - how did the Romans do it?

Get Julius Caesar's honest thoughts on Britain; Noisy neighbours - Boudicca's revenge; What language did people speak?; What did the Romans leave us, except for laws and rabbits?; What remains of Roman London?; The life of a Roman London gladiator (girl or boy?)With extracts from diaries, letters, recipes, bad Roman plays, reports from Rome, quizzes, including Who's the Craziest Roman Emperor?, Roman London will be brought to life as never before.