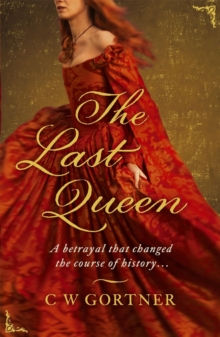 Married at sixteen. A queen at twenty-five. Declared insane and locked up by the men she adored.

Juana "la Loca" - the last true queen of Spain. Juana - daughter of Ferdinand and Isabella and sister to Catherine of Aragon - is a woman ruled by her passions.

Her arranged marriage to Philip the Fair of Flanders begins as a fairytale romance when, despite never having met before their betrothal, they fall desperately in love.

She was never meant to be more than his consort and mother to his heirs; but, after tragedy decimates her family, she finds herself heiress to the throne of Spain.

Suddenly Juana is plunged into a ruthless battle of ambition and treachery, with the future of Spain and her own freedom at stake.

Told in Juana's voice, THE LAST QUEEN is the enthralling and moving tale of a woman ahead of her time, who fought fiercely for her birthright in the face of an unimaginable betrayal.

Juana's story is one of history's darkest secrets, brought vividly to life in this exhilarating novel.