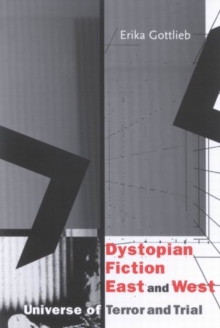 Dystopian Fiction East and West : Universe of Terror and Trial

Gottlieb juxtaposes the Western dystopian genre with Eastern and Central European versions, introducing a selection of works from Russia, Poland, Hungary, and Czechoslovakia.

She demonstrates that authors who write about and under totalitarian dictatorship find the worst of all possible worlds not in a hypothetical future but in the historical reality of the writer's present or recent past.

Against such a background the writer assumes the role of witness, protesting against a nightmare world that is but should not be.

She introduces the works of Victor Serge, Vassily Grossmam, Alexander Zinoviev, Tibor Dery, Arthur Koestler, Vaclav Havel, and Istvan Klima, as well as a host of others, all well-known in their own countries, presenting them within a framework established through an original and comprehensive exploration of the patterns underlying the more familiar Western works of dystopian fiction.