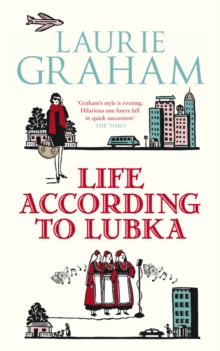 Life according to Lubka

Buzz Wexler is an old hand at the music PR business: Angry Belgians, Cheesy Boyz and Ear Waxx were all her babies. And for a woman who was forty last birthday she certainly keeps up the pace.

But that's about to change. Now some twenty year old has been given Wasabi Gymslip, the Japanese group predicted to go stellar and Buzz is being sidelined into something called World Music.

It'll be a blast, her boss assures her. The Gorni Grannies may not be the tantrum-throwing celebs Buzz is used to, but they present other challenges.

Fuelled by copious shots of home-brewed plum raika, Buzz and Lubka address life's disappointments until the world tilts and the future beckons.

This novel explores the comic possibilities of culture clash and the unexpected friendship of two women whose lives are poles apart.

Laurie Graham is a brilliant satirist who is also warm and life affirming.