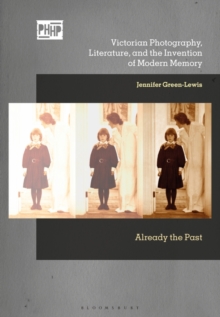 Victorian photography, literature and the invention of modern memory: already the past

Bloomsbury Academic an imprint of Bloomsbury Publi
1474263097 / 9781474263092
Ebook
770.9034
20/04/2017
Withdrawn
United Kingdom
English
164 pages
Invented during a period of anxiety about the ability of human memory to cope with the demands of expanding knowledge, photography not only changed the way the Victorians saw the world, but also provided them with a new sense of connection with the past and a developing language with which to describe it. Analysing a broad range of texts by inventors, cultural critics, photographers, and novelists, Victorian Photography, Literature, and the Invention of Modern Memory: Already the Past argues that Victorian photography ultimately defined the concept of memory for generations to come -including our own. In addition to being invaluable for scholars working within the emerging field of research at the intersection of photographic and literary studies, this book will also be of interest to students of Victorian and modernist literature, visual culture and intellectual history.