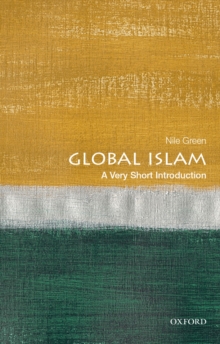 "Global Islam-A Very Short Introduction looks at the methods used by individuals, organizations, and states to spread multiple versions of Islam around the world.

Since the late nineteenth century, publications, missions, congresses, and pilgrimages have contributed to the communication and evolution of Islam.

At the start of the twentieth century, the infrastructure of the European empire allowed for the widespread communication of Islamic beliefs.

During a period of secularism in the mid-twentieth century, global Islam became more accessible and, in some cases, more political.

How have today's broadcasting and smartphone technologies changed the face of global Islam?

Will communication technologies reconcile the contradictions between variations of the faith, or will they create new ones?"--.