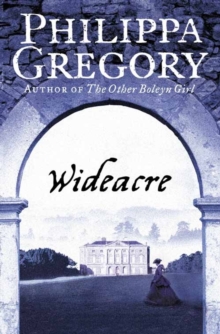 Part of the The Wideacre trilogy series

HarperCollins Publishers Ltd
000723001X / 9780007230013
Paperback
823.914
16/10/2006
5 in stock Need More ?
United Kingdom
Family
20 cm 621 p.
general  Learn More
Reprint. Originally published: Harmondsworth: Viking, 1987.
Reissue of Philippa Gregory's first novel, a tale of passion and intrigue set in the eighteenth century. / Philippa Gregory is now one of the most successful historical novelists writing today. / 'The Other Boleyn Girl' has now sold nearly 350,000 copies in paperback. / 'The Virgin's Lover' has been a bestseller in the UK, the US, and Number One in New Zealand. / Film versions of 'The Other Boleyn Girl' and 'The Queen's Fool' are in development. / Now reissued in a sumptuous new package. / The author is well known for her appearances on TV, as a Tudor expert and a regular on Time Team, and her

This is the reissue of Philippa Gregory's first novel, a tale of passion and intrigue set in the eighteenth century. 'If it was the way of the world that girls left home, then the world would have to change.

I would never change.' Wideacre Hall, set in the heart of the English countryside, is the ancestral home that Beatrice Lacey loves.

But, as a woman of the eighteenth century, she has no right of inheritance.

Corrupted by a world that mistreats women, she sets out to corrupt others.

Sexual and wilful, she believes that the only way to achieve control over Wideacre is through a series of horrible crimes, and no-one escapes the consequences of her need to possess the land.

Sweeping, passionate, unique: "Wideacre" is the novel which brought Philippa Gregory to bestselling fame and is the first of the trilogy which continued with "The Favoured Child" and concluded with "Meridon".