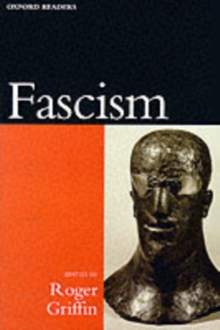 Part of the Oxford readers series

Fascism as a political ideology is a product of the modern age.

It is an ideology which has been identified with totalitarianism, state terror, social engineering, fanaticism, orchestrated violence, and blind obedience.

Yet once again fascism is in the ascendant, suggesting that it is time for us to renew our understanding of its ideas, ideals, and inhumanities.

What is fascism? Why does it still hold such strong appeal? Why does it create charismatic and dangerous movements?

To what may these lead? This Reader offers a wide selection of texts written by fascist thinkers and propagandists both inside and outside Europe, before and after the Second World War.

There are extracts on fascism in Italy and Germany, on the abortive pre-1945 fascisms, on reactions to fascism, and on post-war and contemporary fascism.

With contributions from writers as diverse as Benito Mussolini and Primo Levi, Joseph Goebbels and George Orwell, this Reader provides a fascinating insight into the depths and breadths of fascism, prompting the student and general reader alike to give greater consideration to this expanding political force.