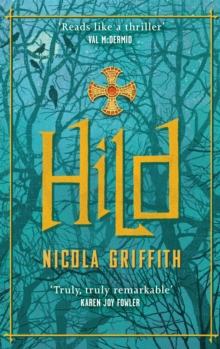 'Truly, truly remarkable' Karen Joy Fowler'Extraordinary...resonates to many of the same chords as Beowulf, the legends of King Arthur, The Lord of the Rings, and Game of Thrones' Neal Stephenson'You are a prophet and seer with the brightest mind in an age.

Your blood is that of the man who should have been king ...That's what the king and his lords see. And they will kill you, one day'In seventh century Britain, a new religion is coming ashore while small kingdoms are merging, frequently and violently.

Hild is the king's youngest niece, with a glittering mind and natural authority, She is destined to become one of the pivotal figures of the early Middle Ages: Saint Hilda of Whitby.

But for now she has only the powerful curiosity of a child and the precarious advantage of a plotting uncle, Edwin of Northumbria, who will stop at nothing to beome king of the Angles.

Hild establishes herself at her uncle's side as the king's seer, and becomes indispensable - as long as all goes well for Edwin.

The stakes are high - life and death - for Hild, her family and for all those who seek the protection of this strange girl who seems to see the future.

In this vivid, utterly compelling novel, Nicola Griffith has brought the Early Middle Ages to life in an extraordinary act of alchemy, transporting the reader into a mesmerising, unforgettable world.