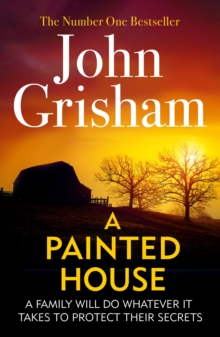 It was a Wednesday, early in September 1952. The Cardinals were five games behind the Dodgers with two weeks to go, and the season looked hopeless.

The cotton, however, was waist high to my father, almost over my head, and he and my grandfather could be heard before supper whispering words that were seldom heard.

It could be a "good crop." In rural Arkansas, seven-year-old farm boy Luke Chandler lives in the cotton fields with his parents and grandparents in a little house that's never been painted.

The Chandlers farm eighty acres that they rent, not own, and when the cotton is ready they hire a truckload of Mexicans and a family from the Ozarks to help harvest it.

For six weeks they pick cotton, battling the heat, the rain, the fatigue, and sometimes each other.

As the weeks pass Luke sees and hears things no seven-year-old could possibly be prepared for, and finds himself keeping secrets that not only threaten the crop but will change the lives of the Chandlers forever. A Painted House is a moving story of one boy's journey from innocence to experience, drawn from the personal experience of legendary legal thriller author John Grisham. _______________________________________'A master at the art of deft characterisation and the skilful delivery of hair-raising crescendos' - Irish Independent'John Grisham is the master of legal fiction' - Jodi Picoult'The best thriller writer alive' - Ken Follett'John Grisham has perfected the art of cooking up convincing, fast-paced thrillers' - Telegraph 'Grisham is a superb, instinctive storyteller' - The Times'Grisham's storytelling genius reminds us that when it comes to legal drama, the master is in a league of his own.' - Daily Record'Masterful - when Grisham gets in the courtroom he lets rip, drawing scenes so real they're not just alive, they're pulsating' - Mirror'A giant of the thriller genre' - TimeOut