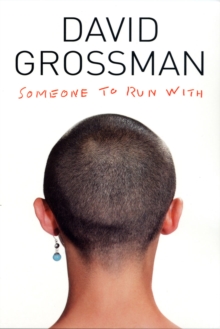 Someone to run with

Earnest, awkward and painfully shy, sixteen-year-old Asaf is having the worst summer of his life.

With his big sister gone and his best friend suddenly the most popular kid in their class, Asaf spends his days at a lowly summer job in Jerusalem City Hall and his evenings alone, watching television and playing games on the Internet.

One morning, Asaf's routine is interrupted by an absurd assignment: to find the owner of a stray yellow Labrador.

Meanwhile on the other side of the city, Tamar, a talented singer with a lonely, tempestuous soul, undertakes an equally unpromising mission: to rescue a young drug addict from the Jerusalem underworld...and, eventually, to find her dog.

Grossman's most popular work to date, a bestseller hailed by the Israeli press and reform politicians like Shimon Peres for its mixture of fairy-tale magic, emotional sensitivity, and gritty realism, SOMEONE TO RUN WITH explores the life of Israeli street kids and the anxieties of family life in a society racked by self-doubt. But most of all, Grossman evokes the adventure of adolescence and the discovery of love, as Tamar and Asaf, pushed beyond the limits of childhood, find the objects of their quests, find themselves, and find each other.