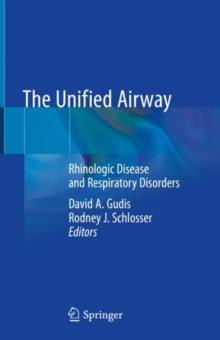 In recent years, our understanding of the unified airway concept has become paramount in the diagnosis, treatment, and management of sinonasal, airway, and respiratory disorders. The relationship between sinonasal inflammatory disorders, such as chronic rhinosinusitis, and pulmonary disorders, such as asthma or cystic fibrosis, is being examined more closely than ever before. This volume comprehensively reviews and discusses the unified airway approach, and more closely examines the relationship between sinonasal inflammatory disorders and pulmonary disorders.

The text is formatted as an easy to read reference with bulleted points and sample case studies that maximize the clinical value of the evidence and data described.