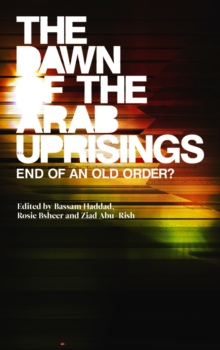 The dawn of the Arab uprisings: end of an old order?

The Dawn of the Arab Uprisings sheds light on the historical background and initial impact of the mass uprisings which have shaken the Arab world since December 2010.

The book brings together the best writers from the online journal Jadaliyya, which has established itself as an unparalleled source of information and critical analysis on the Middle East.The authors, many of whom live in the countries affected, provide unique understanding and first-hand accounts of events that have received superficial and partial coverage in Western and Arab media alike.

While the book focuses on those states that have been most affected by the uprisings it also covers the impact on Jordan, Saudi Arabia, Lebanon, Palestine, and Iraq.The Dawn of the Arab Uprisings covers the full range of issues involved in these historic events, from political economy and the role of social media, to international politics, gender, labour and the impact on culture, making this the ideal one-stop introduction to the events for the novice and specialist alike.