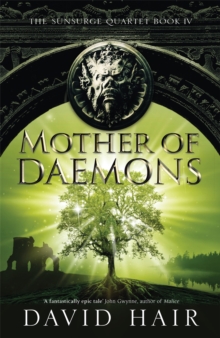 Part of the The Sunsurge Quartet series

'A remarkable series' SFFANZShe's the Empress of the Fall . . . and her empire is falling apart. Lyra, Queen of Rondelmar, has fought enemies without and within, dealt with grief and loss, embraced forbidden magic, found her father and borne a child - and still it isn't enough.

Her enemies are on the march and the Rondian Empire is collapsing. But a more dangerous adversary is out there . . . and he is winning. Ervyn Naxius, amoral genius, has unleashed war on two continents and now laughing as the world of Urte tears itself apart.

Kings and priests dance to his tune and his daemonic followers are spreading through the lands, but still he isn't satisfied.

His ultimate goal - absolute control of all life - is finally within his reach . . . Are these the Last Days, when the daemons rise up to claim the world?From snowbound Mollachia to the beleaguered walls of Norostein, from the poisonous court of the new sultan to the deadly intrigues of Pallas, the omens are clear.

Only Lyra and a handful of other heretical dwymancers have grasped the true danger - and they won't give up until every last hope is buried . . .