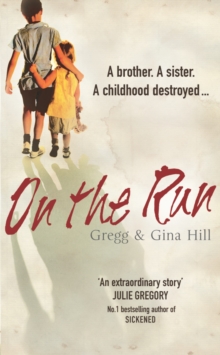 By the son and daughter of Henry Hill - immortalised in the book Wiseguy and the Martin Scorsese film Goodfellas - On The Run is the harrowing true story of a childhood spent coping with an explosive father whilst dodging Mafia payback. Henry Hill's business partner, Jimmy Burke, has disposed of every person who could possibly implicate him in the infamous Lufthansa robbery at JFK airport.

On his way to prison, lifelong gangster Henry is given two options: sleep with the fishes, or enter the FBI's Witness Protection Program.

Gregg and Gina are dragged along for the ride, becoming two of the first children ever placed under witness protection.

Like nomads, they're forced to wander from state to state, constantly inventing new names and finding new friends, only to abandon them at a moment's notice.

They spent their childhood living under constant fear of being found and killed in an act of merciless Mafia revenge.

But Henry, the rock Gregg and Gina so desperately need, is a heavy cocaine user, trapped within the criminal life of a Mafioso.

He is soon up to his old tricks and consistently putting his children's identities in jeopardy. And so it continues until the kids, now almost adults, can no longer ignore the possibility that the Mafia might be less of a threat to them than remaining under the roof of their increasingly unbalanced father.