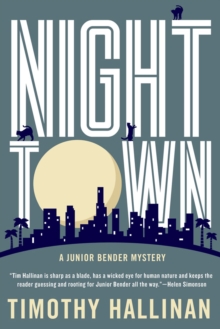 Reluctant P.I. to the perfidious,Junior Bender, may be L.A.'s smoothest operator but when he breaks one of the cardinal rules of burglary (don't take scores that you're being paid way too much for) he finds himself once again on the wrong side of, well, the wrong side.

Los Angeles burglar Junior Bender has a rule about never taking a job that pays too well: in the criminal underworld, if you're offered more money than a job is worth, someone is going to end up dead. But he's bending his rule this one time because he and his girlfriend, Ronnie, are in desperate need of cash to hire a kidnapper to snatch Ronnie's two-year-old son back from her ex. The whole thing is pretty complicated and has Junior on edge.

The parameters of the job do nothing to calm his nerves. A nameless woman in an orange wig has offered Junior fifty grandtwenty-five up frontto break into the abandoned house of a recently deceased 97-year-old recluse, Daisy Horton, and steal a doll from her collection. Junior knows no doll is worth 50K, so he figures there must be something hidden inside the doll that can get him in a heap of trouble. It doesn't take long for Junior to realize he's not the only one looking for the doll. When an old friend ends up murdered, Junior decides he will stop at nothing to figure out who the woman in the orange wig is, and why she wants the doll badly enough to leave a trail of bodies in her wake.