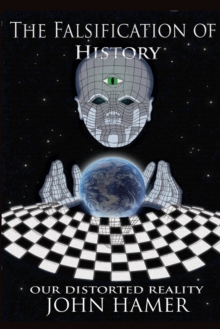 The Falsification of History: Our Distorted Reality

This book relates the current, insidious plight facing the human race as a direct result of a grand deception that has been imposed upon it for tens of thousands of years if not longer.

We have all been deceived on a monumental scale by a tiny clique of people who by their own birthright and bloodlines absolutely believe that they have the divine right to rule over us by whatever method best suits their purposes.

In order to achieve this they have lied, deceived, murdered and even committed genocide down the millennia in an attempt to bring their ultimate goal to fruition.

Find out about the use of drugs, vaccinations, micro-chipping, mind control, trans-humanism and 24/7 distractions such as non-stop sports, entertainments and the invasive 'celebrity culture' that attempts to pervade our whole lives.