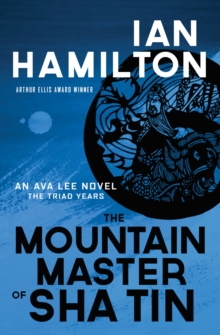 The Mountain Master of Sha Tin : An Ava Lee Novel

Ava is in Shanghai with Pang Fai to visit her ailing friend Xu when a triad war breaks out in Hong Kong.

Sammy Wing, an old enemy of Ava's who has twice tried to kill her, has enlisted the aid of his nephew Carter - the new Mountain Master of Sha Tin - to reclaim control of his old territory, Wanchai, from Xu's men. There is nothing subtle about the Wings' methods. Xu's most trusted enforcer, Lop, has been shot, and six of his street soldiers kidnapped.

The Wings threaten to execute them unless Xu's men vacate Wanchai immediately.

Ava steps in to broker a settlement, and the Wings respond by sending her a box containing six fingers - and a twelve-hour deadline. As the violence and tension mount, Ava is driven to the edge, and she is forced to devise a plan that will bring her face-to-face with Sammy and Carter Wing.

The only question left unanswered is who will pull the trigger first?