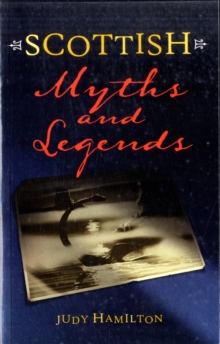 "Scottish Myths and Legends" is an entertaining taste of the feast of stories that Scotland has to offer.

Fairy folk, witches, giants, monsters, tales of heroic princes, magic and miraculous feats - all are the stuff of the myths and legends of Scotland.

Scotland is a nation made up of many peoples and cultures.

This diversity of cultural influence is reflected in Scotland's vast store of myths and legends.

This book contains a fascinating selection of these; some recent, some ancient, some obscure in origin and others based (however loosely) on fact.

We invite you to revel in engaging tales of selkies, kelpies, glaistigs, fairy queens and changelings; wonder at the mysteries that may be hidden in the depths of Scottish lochs; and, shiver at tales of supernatural disappearances, deadly creatures and grisly deeds, and if you ever meet someone called Sawney Bean, who lived in a cave with his family and ate people - run for your life!