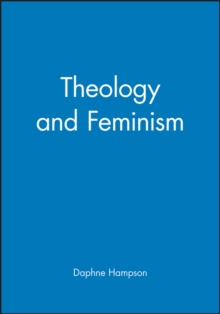 Part of the Signposts in Theology series

Having developed its doctrine and its scriptures in a world in which women were considered subordinate, the Christian religion is now confronted with a deeply held ethical belief that women should be treated as equals.Dr Hampson argues that this ethical challenge confronts the church over the issues of priesthood and ordination, language and imagery, and hermeneutics and theology.

In each of these areas, she claims, the Christian religion cannot by definition come to terms with the equality of women.

Feminism however suggests new ways to conceive God and reformulate theological ideas for a world in which Christianity is no longer tenable.Theology and Feminism contains chapters on methodology, Christology, symbolism, anthropology and theology.

It is the first book from a post-Christian perspective to grapple with all the major areas of theology.

Covering the work of conservative Christian, Christian feminist and radical feminist thinkers in religion, it will be welcomed by those already familiar with the discussion, as well as providing a clear introduction for those who are new to the subject.