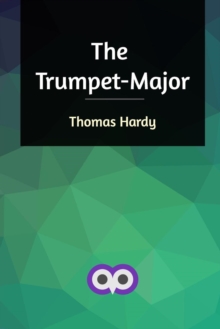 The present tale is founded more largely on testimony-oral and written-than any other in this series. The external incidents which direct its course are mostly an unexaggerated reproduction of the recollections of old persons well known to the author in childhood, but now long dead, who were eye-witnesses of those scenes. If wholly transcribed their recollections would have filled a volume thrice the length of 'The Trumpet-Major.'Down to the middle of this century, and later, there were not wanting, in the neighbourhood of the places more or less clearly indicated herein, casual relics of the circumstances amid which the action moves-our preparations for defence against the threatened invasion of England by Buonaparte. An outhouse door riddled with bullet-holes, which had been extemporized by a solitary man as a target for firelock practice when the landing was hourly expected, a heap of bricks and clods on a beacon-hill, which had formed the chimney and walls of the hut occupied by the beacon-keeper, worm-eaten shafts and iron heads of pikes for the use of those who had no better weapons, ridges on the down thrown up during the encampment, fragments of volunteer uniform, and other such lingering remains, brought to my imagination in early childhood the state of affairs at the date of the war more vividly than volumes of history could have done.