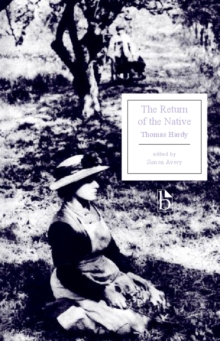 By: Hardy, Thomas,  Avery, Simon(Edited by)

Part of the Broadview Editions series

The Return of the Native was a radical departure for Thomas Hardy, ushering in his tragic literary vision of the world.

Though set in a small space (Egdon Heath in the fictional county of Wessex) and short time (a year and a day), the novel addresses the broad social and intellectual upheavals of the Victorian age.

Much of this turmoil is embodied in the character of Eustacia Vye, the novel's wild and wilful female protagonist.

A complex, independent young woman, Eustacia is a sympathetic but ultimately tragic figure, the epitome of what the narrator calls the ""irrepressible New."" The appendices to this Broadview edition place the novel in the context of Hardy's career and the scientific and social ideas of the time; documents include contemporary reviews, related writings by Hardy, and materials on biology, geology, and the ""Woman Question."" Illustrations from the original serialisation in Belgravia magazine are also included.