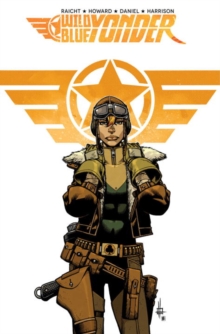 Take to the skies in this thrilling, action-adventure sci-fi tale!

In the near future, mankind has destroyed the Earth, and the only refuge from radioactive pollution can be found in the skies.

Cola, a teenage fighter pilot and her family fight to protect The Dawn, their solar powered flying fortress and home.

With the world in chaos, bullets dwindling, and fuel drying up, the few survivors in the sky must use anything at their disposal in order to survive.

Battles rage from ship to ship as jet-pack warriors, planes, and crew members scratch and claw to claim the few crumbs society left behind.

Hunted by The Judge and his armada of warships, The Dawn will be forced to fight insurmountable odds in order to survive.