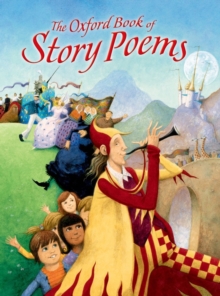 The Oxford book of story poems

How many of one's favourite poems are story poems? This is a wonderful collection of over sixty narratives in verse with thrilling tales, silly nonsense rhymes, tragic poems that will keep you in suspense, and funny, quirky poems that will delight over and over again.

All the classic poems you would expect to see are here, such as "Jabberwocky", "The Pied Piper of Hamelin", "The Highwayman", "The Lady of Shalott", and "The Owl and the Pussycat" and these combine with more modern but equally satisfying poems to make a rich and varied anthology.