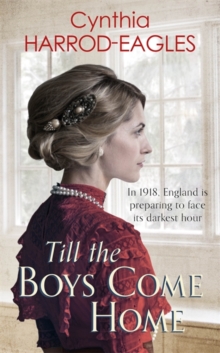 Part of the War at Home series

In 1918 the Great War has taken so much from so many and it threatens to take even more still from the Hunters, their friends and their servants. Edward, in a bid to run away from problems at home, decides not to resist conscription and ends up at the Front.

Sadie's hopes for love are unrequited, and Laura has to flee Artemis House when it is shelled and she finds herself in London driving an ambulance.

Ethel, the nursery maid, masks her own pain by caring for other people's children but she must take care not to get too attached. The government has to bring in rationing, and manpower shortages means the conscription age is extended.

The Russians have fallen out of the war and a series of terrifying all-out attacks drive the Allies back almost to the Channel, and for the first time England faces the real prospect of defeat.

No one can see an end to the war and yet, a small glimmer of hope remains . . . When the Boys Come Home is the fifth book in the War at Home series by Cynthia Harrod-Eagles, author of the much-loved Morland Dynasty novels.

Set against the real events of 1918, at home and on the front, this is a vivid and rich family drama featuring the Hunter family and their servants.