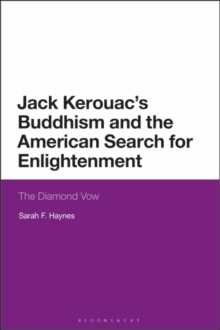 Jack Kerouac, Buddhism, and the American Search for Enlightenment

Sarah Haynes provides a detailed analysis of Jack Kerouac's unpublished diaries and Buddhist writing alongside the Buddhism presented in his published works.

Kerouac's involvement with Buddhism is traditionally accepted to have occurred between 1953-1958.

However, his unpublished diaries reveal that he continued to write about Buddhism until at least 1967.

She reflects on the differences between the themes in Kerouac's published and unpublished Buddhism, arguing that Kerouac's Buddhism is based in his search for stability, which is contradictory to the messages in his published works.

Kerouac's unpublished writings reveal his inability to actualize the lifestyle he promoted.

Despite this conflict, however, the impact and legacy of Kerouac's religious vision on the development of Buddhism in America is significant.