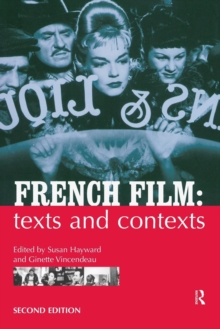 French Film: Text and Contexts looks at classic French films, from the 1930s to the 1990s, providing detailed analyses of 22 major landmarks in French cinema.

Embracing classic thrillers such as Renoir's Le Crime de Monsieur Lange, popular comedies like Les Vacances de Monsieur Hulot, or New Wave masterpieces like Godard's A Bout de Souffle, contributors employ a variety of methods of textual analysis to investigate the different ways in which these and other films textually inscribe and rework a variety of other cultural and historical texts.